History of the ML4 Foundation

An Inside Look at Our Organization

The ML4 Foundation, originally known as CHARM (Children’s Association for Research on Mucolipidosis), was founded in 1982 by Ron and Lynn Goldblatt, their parents, Roz and Joe Zakutinsky, other family members, and close friends. The organization was started to promote research as well as to reach out to other families affected by this debilitating disease.

In 1984, with the diagnosis of their daughter Lauren, Dr. Jordan Glaser and Randy Yudenfriend Glaser joined CHARM. Shortly thereafter the name of the organization was changed to the Mucolipidosis Type IV (ML4) Foundation. Randy was elected President and served for over 20 years, until January 2009. From 2009 until August of 2013, Paul Tanenholz served as President. Randy Gold is the current board president, serving from 2013 until today.

In the early years of the ML4 Foundation, ML4 was largely unknown, even in the scientific community. After considerable investigation to identify researchers working on the disease, the Foundation located Dr. Gideon Bach, the head of the Human Genetics Department of Hadassah Hospital in Jerusalem, Israel. At that time, he informed us that there were 12 reported cases in the world. Since then, the reported disease prevalence has grown to over a hundred cases, but doctors suggest there are many more times this number not diagnosed or misdiagnosed as cerebral palsy.

The ML4 Foundation is a non-profit corporation founded by families whose lives have been affected by ML4. The mission of the Foundation is to fund, promote, and support medical research dedicated to developing effective treatments and, ultimately, curing ML4 by: 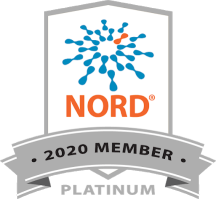